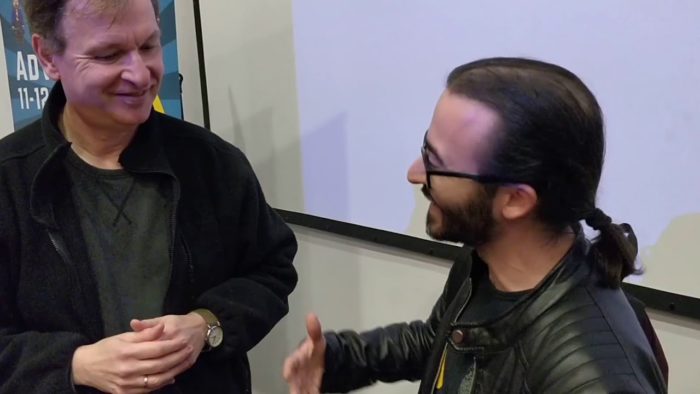 I thought about whether to publish this or not for a while.

The reason is simple: I have great respect for the work of Prof. Brian Moriarty, both as a professor and as a game designer.

I cannot help but feel that, no matter how I elaborate this, it would not give enough justice to him, his work and to my feelings towards it. 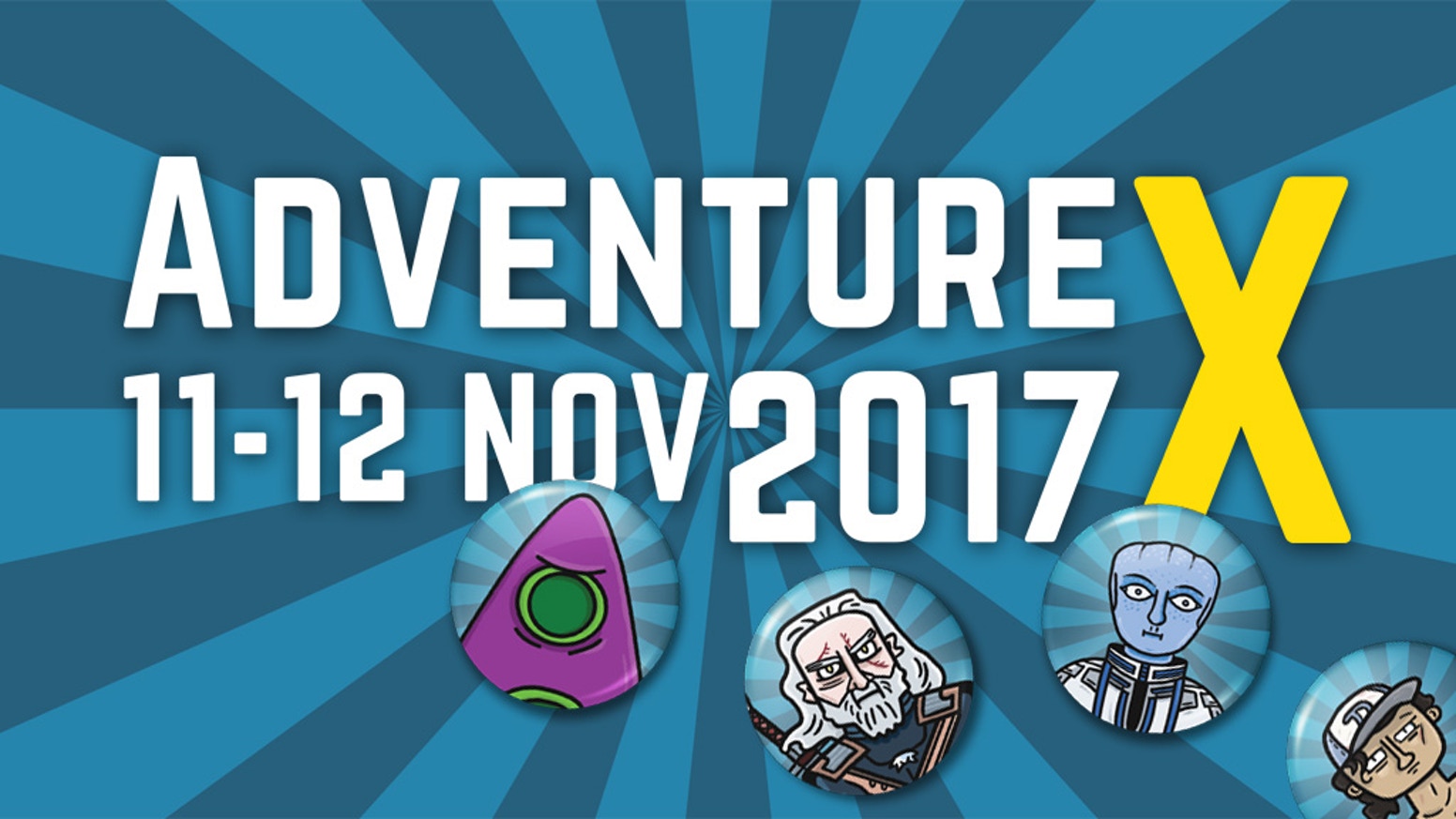 Last November, I was in London to attend the AdventureX conference at Goldsmith University. It was, at last, time for me to meet the people from the Adventure Game Studio community live and I could barely hold my excitement.

Other than that, the conference’s schedule also included a lecture from one of my favorite game designers: Prof. Brian Moriarty.

His lecture was titled “I Saw What I Did There”. While it covered his relationship with The Witness and its creator Jonathan Blow, to me it wanted to represent a lecture about awe, insight, legacy, mutual respect and inspiration. And it moved me to tears.

When I say that I wish that my whole career as a student, up to the very few years I spent studying Modern Literature at my University, had someone whose eloquence was in any way close to the one beheld by Prof. Moriarty, I am really not saying that out of some fanboy craze.

So, why did I decide to publish this, eventually? Because of this picture:

I did not see a picture of myself in which I look this happy in a while.

For some reason, it’s a picture that gives me a sense of peace. My smile feels timeless, as if I never aged but just grew up, and it’s something that makes me weep with joy.

The reason of my happiness is physically contained in the cassette I’m holding. It’s the audio cassette from LOOM, now signed by Brian Moriarty himself.

Still, it goes far deeper than that, I believe.

So, let’s dive deeper: why did this moment mean so much to me? 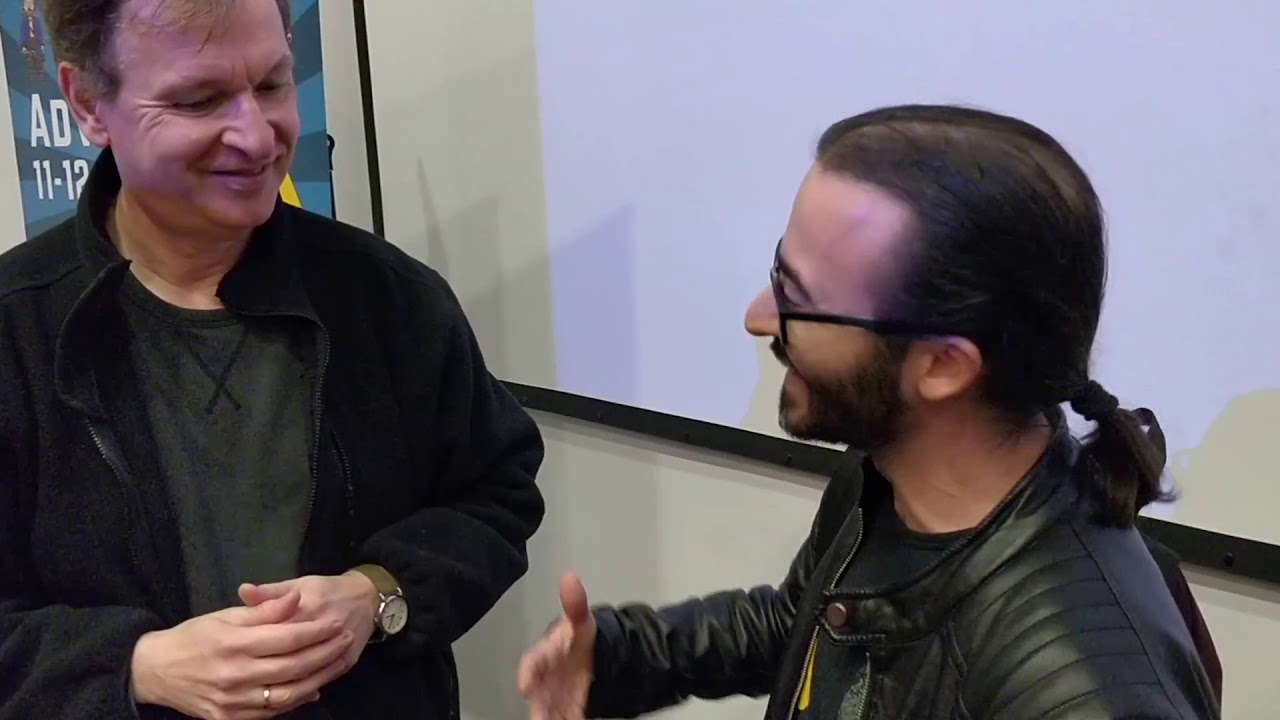 I analyzed my happiness in that picture and eventually decided that I wasn’t smiling just because I had an autograph.

As naive, selfish and childish as it may sound, I was happy because I felt I have visited a parallel universe.

In this universe I met myself, working side by side with Prof. Moriarty and the rest of the LucasFilm Games crew, at the time when they were creating the magic.

I recognized myself as being part of that universe and felt at home. Although with a pinch of guilt towards my own “actual universe”, in which I apparently can’t yet recognize myself as much, I felt so much at home that I stopped looking at Prof. Moriarty just as an “icon”, but also as a person with whom I had a “shared past”.

I felt like I was walking on the right path in my life.

As a result, my meaningless rambling about my LOOM cassette not having a game box anymore (stories of borrowed stuff gone bad, my brothers tell me), turned into an half an hour chat with him, later on, where we discussed Jonathan Blow, Chris Crawford, “Walking Simulators”, food culture and The British Library.

Did we really connect there? If so, how did this happen? I think I need to take a step back.

At a time when I could barely do anything else (~1990-91), I learned that music was a language that all things, living and dead, past and future, spoke.

A language as ubiquitous as hard to deconstruct. Kind enough to open seashells to feed seagulls, magical enough to turn straws into gold, powerful enough to tear the fabric of reality.

All things that happen in Brian Moriarty’s LOOM.

LOOM’s concept and gameplay still resonate (pun intended) with me to this day. As I said to Prof. Moriarty himself, if the games I work on have sound and\or music as a key element, whether it is in the gameplay or in the story, it’s likely to be because of LOOM.

As of today, music is something I cry to, I laugh to, I get meaning out of and it’s one of the ways I use to express myself the deepest, without even knowing what I’m actually expressing.

Being the stubborn “rebel” I am, though, I have never yet studied Music Theory and I’m starting to think I should, if I want to evolve my ability to express myself through it at a deeper level.

Still, I guess this means that music, as other art forms do in their own way, has a way to connect me with other people, whether I’ve met them or not in my life, and with other stories and universes I have never consciously lived in.

So, ultimately, if I really have connected with Prof. Moriarty, it could be because we may both think about music in the same way, or rather because of the way music thinks about us both, as Alessandro Bergonzoni would say.