A Night That Wouldn’t End is a short point and click adventure game.

It tells the short tale of a researcher that has to cope with his boredom while struggling to get the last step of his research done, in order to leave the dark and moonkissed island in which he’s currently living.

Like an island in the far North, darkness may last for months.

This short game saw two releases, both in 2015. I originally developed it using Adventure Game Studio.

It had been quite some time since I had used it to develop a complete game and, just like I did the previous time, I took advantage of the Monthly Adventure Game Studio competition to get something done.

I had the whole month of December to make something, but I ended up crunching 90% of the development during Christmas and New Year’s holidays, for once writing down the concept along with my eldest brother. 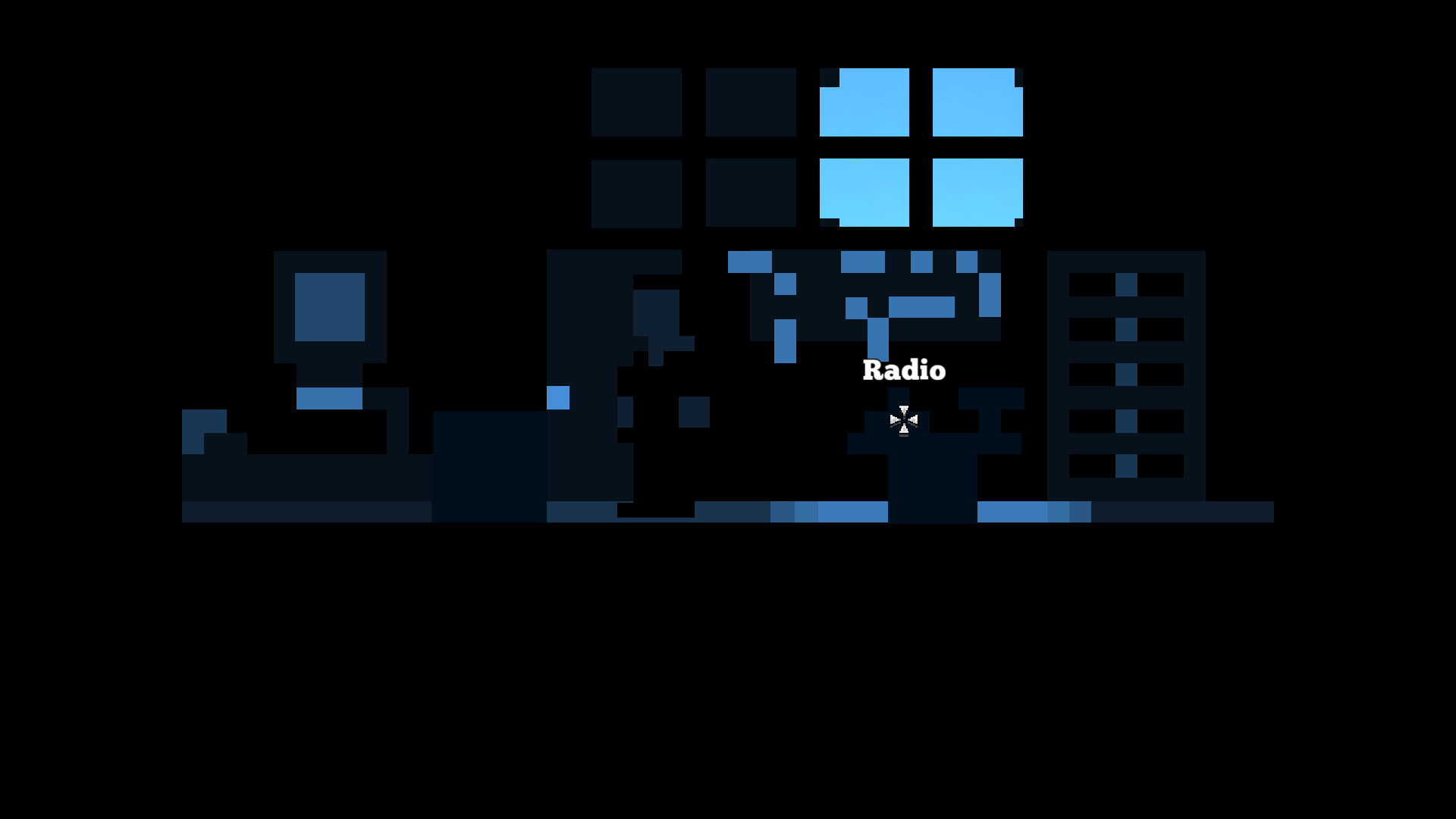 I ended up using Hexels Pro for the graphics, again, choosing big chunky pixels and blueish palette to deal with the theme of the competition, which was Cold and Dark.

I thought that this palette would fit the theme, while also being pleasant, therefore avoiding to look eerie or scary.

Both the graphics and the prototypish randomly generated soundtrack I implemented gave people who played the game a nice feeling of depth, as they told me, I couldn’t be more happy!

Few months after the original release, my other brother Syd gifted me the Adventure Creator asset for Unity.

I was already able to make something out of Unity and I was very curious about this asset, so I decided to port A Night That Wouldn’t End to Unity, switching to higher resolution graphics and building it for cross-platform compatibility.

Since the game is now playable on Windows, Mac and Linux I consider it a huge success!

I had Syd to help me with additional art and high resolution conversion of what was already there, so we decided to publish the Enhanced Version under the team name Leafdog Games.

“The short play time, excessive darkness, and blocky pixels are all overcome by the game’s very human protagonist, whose thoughts and feelings are conveyed in a truly natural way, making A Night That Wouldn’t End a satisfying experience overall.” – AdventureGamers.com